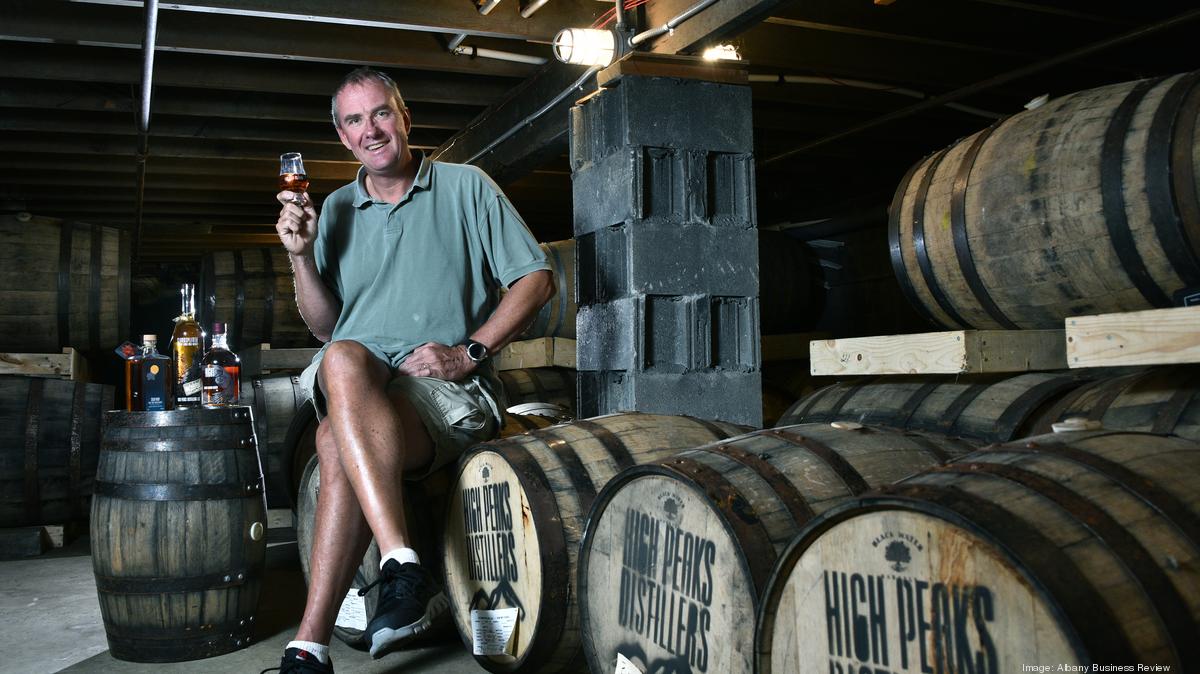 When John Carr opened Adirondack Pub & Brewery in 1999, his goal was simple: brew innovative, all-natural, great tasting beer with the one stipulation that it had to be “drinkable on a hot, summer day on Lake George.”  Both the pub and his beer quickly became hits with locals and tourists alike. Now in his 22nd year of brewing up great beer, we decided to cruise up to the pub, grab a beer, and ask John – 7 QUESTIONS:

TBM: “When you were getting started, was there a brewery that you looked up to as inspiration for Adirondack Pub & Brewing?”

JOHN: Because at the time in New York State it was very difficult to open a brewery, you had to open a brew pub with a full restaurant. Because of that I spent a lot of time looking at places that had a heavy food component, like the Vermont Pub and Brewery in Burlington and talked to the great Greg Noonan many times about what made his place so successful. I also spent a lot of time looking at brew pubs in places like Salt Lake City including Desert Edge and Squatters. I think this education in why these places were so successful today and 25 years ago is an important thing for any brewery to look at even today.

TBM: We are heading out on a road trip to a brewfest. You are driving. What are bands we listening to?”

JOHN: [This] really depends on the time of day and how many beers we had the night before — if it’s in the morning it’s most likely Keith Jarrett the cologne concert mixed in with a little Cannonball Adley. On a chill afternoon it might be a mix of old and new. Lately that is included Gregory Isakov, Lord Huron, Xavier Rudd mixed with cuts from the epic Grateful Dead Cornell concert.

TBM: What is your first memory of sampling a great beer?

JOHN: When I was living in Europe, I was out with a bunch of friends who were from Germany and it was a special release of a much-awaited beer that only comes out in the late fall, with all the zealous of an American beer drinker, I grab the bottle and took a swig to the shock of everyone I was with. I quickly learned that great beer can only be consumed from a glass. I wonder what the Germans think of us American craft drinkers with our beer cans?

JOHN: Both! I love dogs’ enthusiasm for anything, and I love how chill cats are.

TBM: Outside of brewing beer, what other hobbies or activities do you enjoy?

JOHN: I enjoy the camaraderie of competitive sailing, and overnight at anchor, skiing in the winter and seeing happy customers at the brewery.

TBM: If you could sit down and share a BEER with 3 historical or iconic characters, who would they be, and why?

1. Winston Churchill (but I might want to have one of my malt whiskeys)

2. Thomas Jefferson because of his love of wine, and I’m sure beer.

3. Michael Jackson the beer connoisseur, because of his positive view of beer and the industry.

TBM: If you had 3 sentences to say whatever you’d like to Capital Region Craft Beer Enthusiasts, what would they be?

JOHN: Thank you for Supporting locally produced craft beer and helping it grow over the last 30 years. We’ve always had a great history of beer. Let’s reach out and support all the new breweries that are opening and all the new and traditional styles we’re making.

Second Pitch Beer Company: A Must Visit in Alamo This Summer