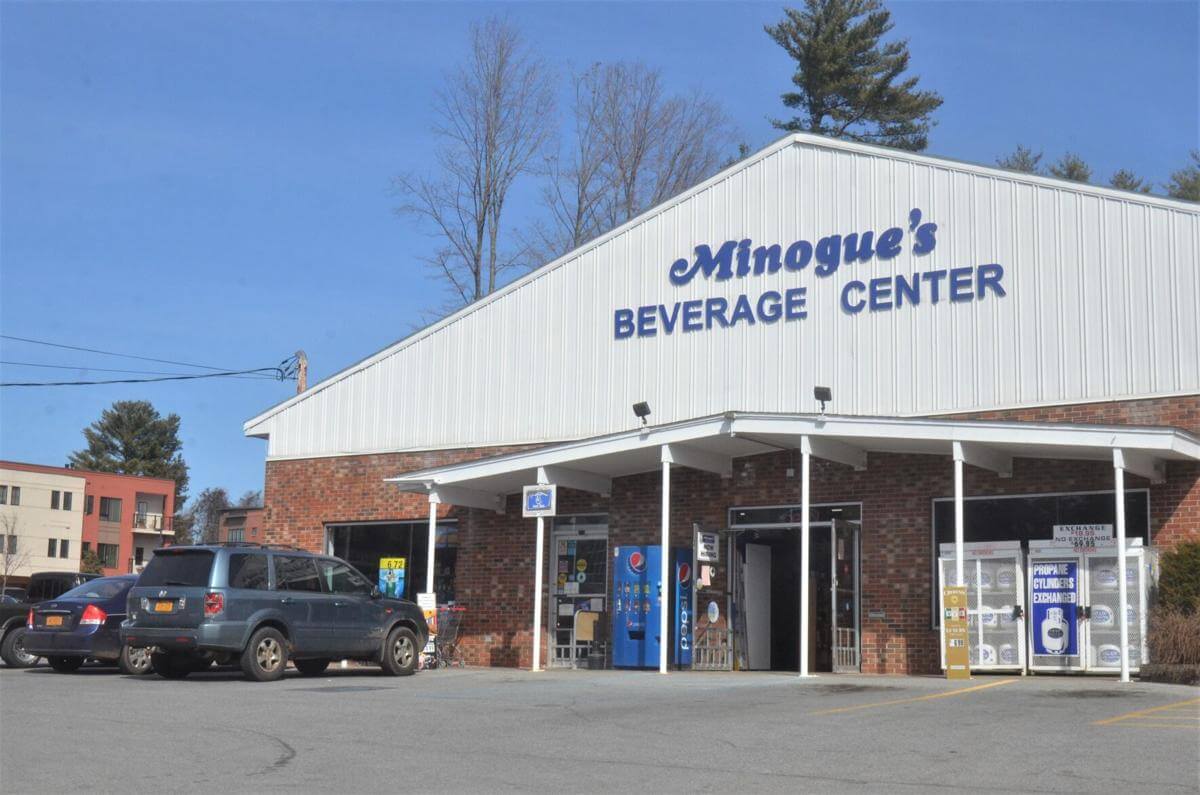 Let’s face it, most of us looking forward to getting back up to Saratoga this summer to enjoy the track, SPAC, downtown, or one of the many other attractions that the city has to offer. Most likely, we’ll need beer, seltzers and some ice. Minogue’s Beverage Center is a fourth generation family business that has proudly been serving the region for 100 years. Minogue’s started in 1921 as a soda bottling plant in Granville, NY. After prohibition ended in 1933, Michael T. Minogue opened a beer distributorship. In 1967, John M. Minogue Sr. opened a beverage center on Quaker Road in Queensbury, NY. Minogue’s Beverage Centers now operates in Queesbury, Malty and two locations in Saratoga. John’s son, Jack Minogue, now oversees all four locations while navigating the fast moving world of beverages. We recently swung by Minogue’s on West St. to buy some beers and sit with Jack to ask him seven questions:

TBM: You’ve been active in the family business since 1921, what is the biggest/most notable change in the industry today versus when you first started?

JACK: Well, certainly the selection. Post prohibition there were really only about 40 breweries in the country. Now there are more than 8,000! Consumers now have so many more options to choose from. Also, there were no hard iced teas, lemonades, or hard seltzers back then.

TBM:  As the owner of multiple beverage centers, you pretty much have access to all of the great beers that are available.  What beers to you tend to have in your fridge on a regular basis?

TBM:  Outside of running your businesses, what other hobbies/interests do you enjoy?

JACK: Running four stores doesn’t allow for much free time. But when time allows, I enjoy a round of golf.

TBM: With dozens and dozens of new beers coming out every month, how do you decide which products to carry and which to not?

JACK: We listen intently to our customers and always consider what their needs are. We also work closely with our distributors and directly with many breweries. We trust their recommendations.

TBM: If you could sit down and share a beer with 3 historical or iconic characters, who would they be, and why?

JACK: I have 3 kids. Have had many pets over the years. I love animals.

TBM: If you had one message that you’d like to get across Capital Region Craft beer enthusiasts about Minogue’s, what would that message be?

JACK: We work extremely hard to keep clean stores, have a huge selection, and be knowledgeable about the products and brands that we carry. Most of hall, we pride ourselves in our customer service. Be sure to stop by one of our stores and check us out.