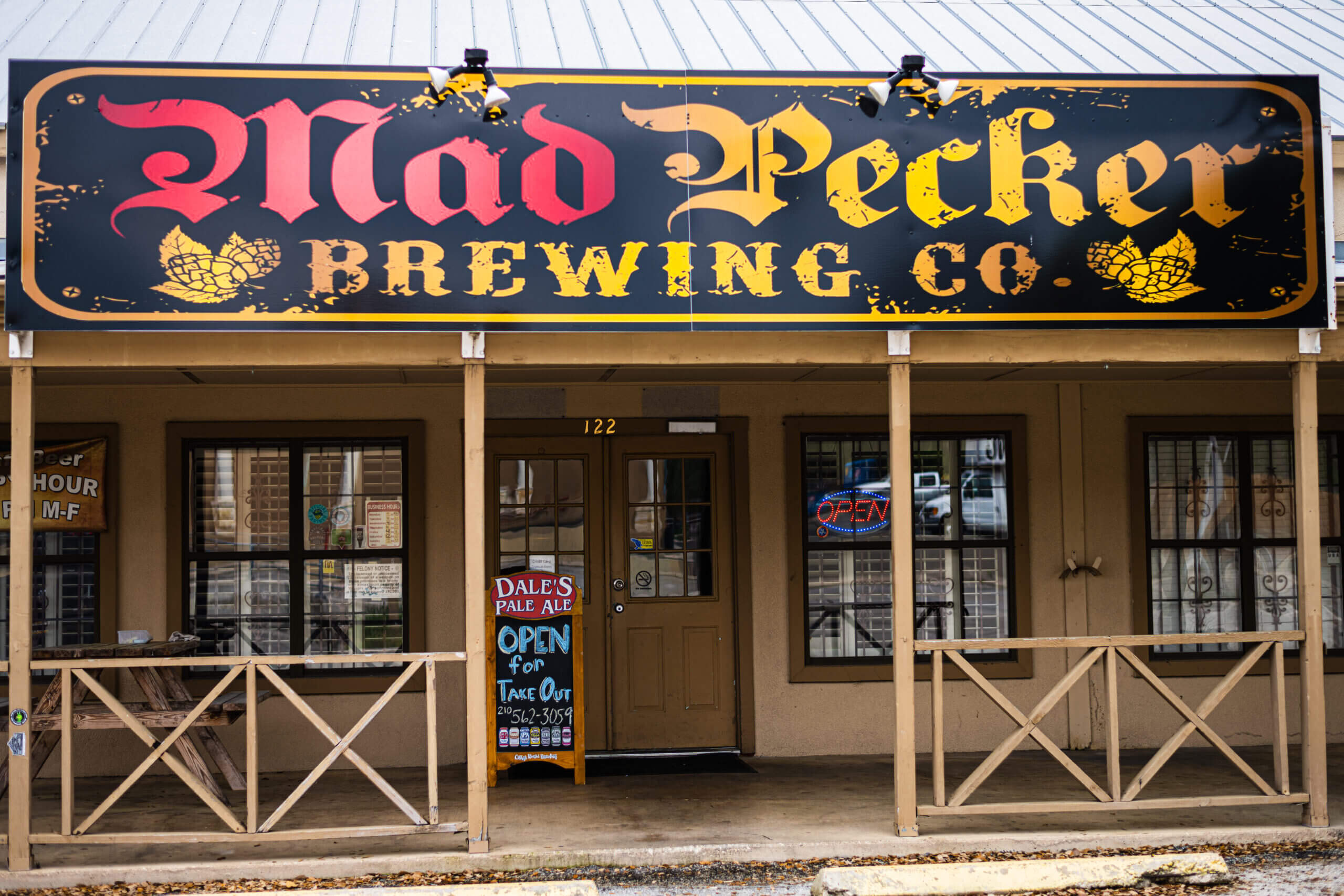 What do a trail run, woodpecker, and beer have in common? Absolutely nothing. But for Mad Pecker Brewing Company’s owners Jason and Errika Gonzales, those three things helped spark the vision that became Mad Pecker Brewing Co. back in 2015. They started like many, home brewing out of their garage and wondering… ‘what if?’. Six years later, here they are brewing beer in the same neighborhood that they call home, and having a ton of fun doing it! The flavors, tastes, and interests are spread throughout the sights and sounds in their taproom/pub. They’re down to earth and do everything for the love of craft, not the thirst for recognition. Having heard that their “purpose is to provide their customers the most enjoyable experience both inside and outside the glass”, we were thirsty to learn more. So, we decided to cruise out to get the scoop, share a beer with Jason, and ask him – seven questions:

TBM: When/What was the first batch of beer that you ever brewed? How did it turn out?

JASON: The first batch I brewed was a Brewers Best American Brown Ale kit. It was drinkable and I wouldn’t doubt that I have some bottles still laying around, but brewing on the stove got boring quickly. I built an all grain setup over the next week and started down the rabbit hole of becoming a Google and YouTube self-taught brewer. It got to the point where I would brew something just to understand the process and nuances using different ingredients with no intention of drinking the beer. I’d save that part for the homies.

TBM: It’s post-COVID-19 and we are heading to a brewfest this weekend. You’re driving. What music are we listening to?

TBM: Is there a brewery or brewer that inspired you to “go for it” with a career in brewing?

JASON: Visiting Real Ale Brewing in Blanco, TX got me feeling like yep, this is something I want to pursue.  Not just for a career in brewing, but also owning something like a brewery that can become such a cool destination for people. I always enjoyed their brewery tours, learning and appreciating the work that goes into beer was a really good experience, especially with a beer in hand. After that I was hooked.

TBM: Outside of brewing beer, what are some of your favorite things to do with your free time?

JASON: Honestly free time has become a luxury for me, anytime I can just plop on the couch and do nothing is very welcomed! But getting into the gym, out on the trails or just being outside when the Texas heat isn’t too much is great. Hell, even brewing should be on this list since it usually has to take a back seat to the daily grind of running the pub. That’s one thing I didn’t take into consideration when starting MPB. Sure, you open a brewery/brewpub with a passion to brew – but running the business, employees, kitchen, paperwork, and filling in for staff consumes brew days.

TBM: What beer, that is not your own, is in your fridge right now, and on the regular?

TBM: If you could go back in time and share a beer with 3 historic or iconic figures, who would they be, and why?

JASON: I always enjoy a good laugh while having some beers so I’m bringing Richard Pryor to the party. Prodigy of Mobb Deep would make for some great hip hop conversation and to keep with the music theme Johnny Cash is someone I’d also enjoy talking music with.

TBM: Which of the brews that you have created at Mad Pecker Brewing are you most proud of?

JASON: We’ve done some really cool one off beers like our Triangulum series of hazy IPAs, The Infamous…Hopp Deep IIPA, and some very well received coffee porters. But I’m most proud of our Bitter Soul ESB. The style itself isn’t the most sexy, but ESB’s make for some great session-able beers. Ours is brewed to style with Maris Otter, British crystal malts, EKG hops and London Ale III yeast. We recently brewed a batch with Harlequin hops that I’m anxious to taste since those hops throw some flavors that I believe will make our Bitter Soul even better.

TBM: If you had three sentences to say whatever you’d like to San Antonio Beer Enthusiasts about Mad Pecker Brewing Company, what would they be?

JASON: We’re probably the smallest brewery/brewpub in the city but our quality and commitment to the craft is huge. There might be days we only have two house beers on tap and others we have 12 but this drives our motto of “Tempting the taste of those willing to try”. Our plans for a second location are currently in the works and will take Mad Pecker to another level here in San Antonio.