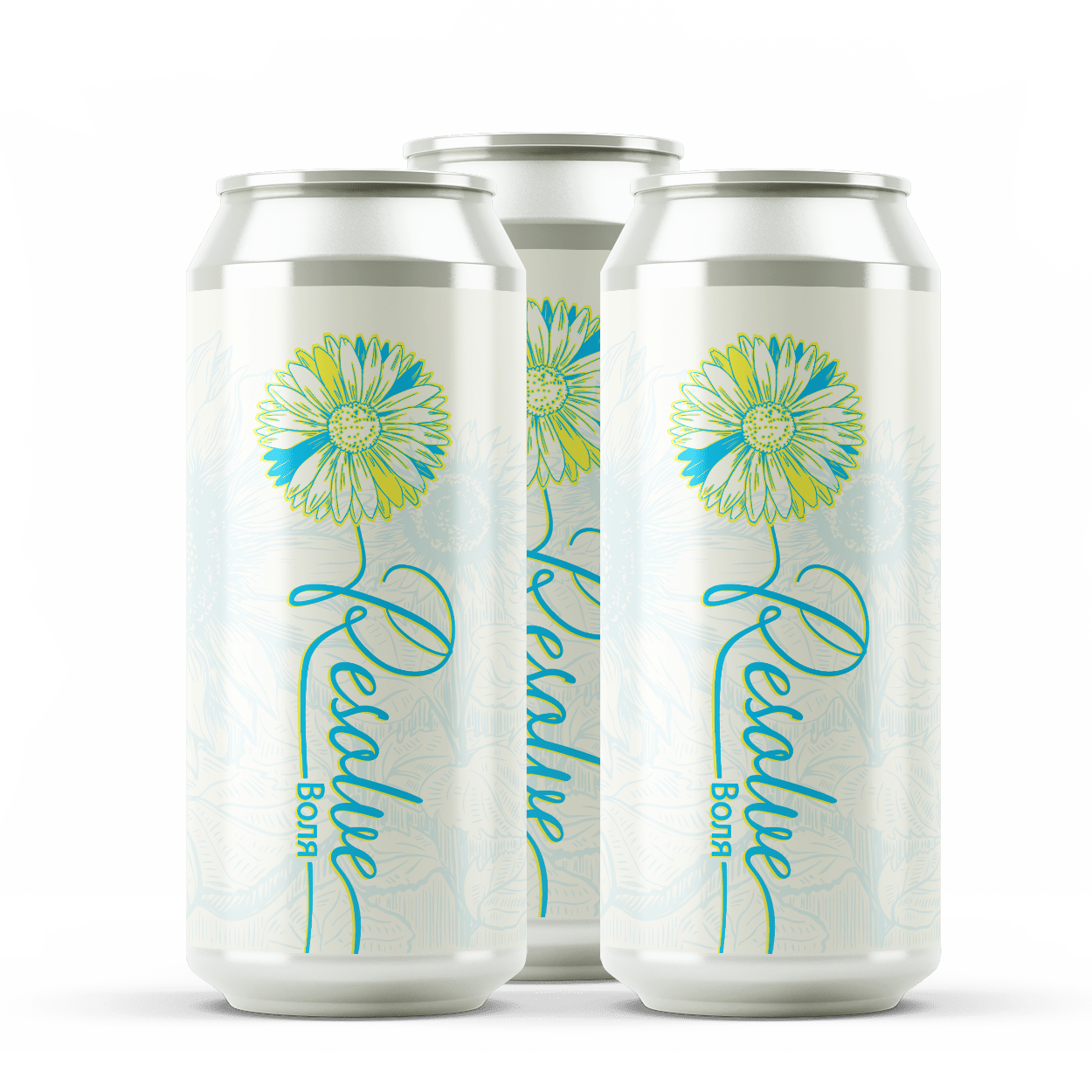 Brewed to recognize the humanitarian effort in Ukraine, Resolve is a traditional Kellerbier designed by Matt Matuszewski from 42 North, which Boston Beer brewers agreed is a perfect style to complement the brewery’s own craft roots. The Resolve collaboration brings together brewers from coast to coast and even through conflict. Boston Beer brewers consulted with Naz Drebot of 2085 Brewery in Kyiv on the final brew while he defends his homeland.

Each of Boston Beer’s local beer taprooms will brew Resolve for  release this spring. Boston Beer Company will donate $50,000 to World Central Kitchen to support its mission to provide chef-prepared meals to communities impacted by natural disasters, and during prolonged humanitarian crises. In Ukraine, World Central Kitchen is providing nearly 300,000 hot, nourishing meals every day.

As the news unfolded, Boston Beer co-workers and community members were quick to raise their hands to aid in the humanitarian effort in Ukraine. Now, they can raise their glasses, too. At Coney Island Brewing, located near one of the largest Ukrainian populations outside of eastern Europe, a Music for Peace concert held on April 10 raised $2,700 for Sunflower of Peace, a non-profit organization committed to helping Ukrainians affected by the invasion. On April 25, the Sam Adams Boston Taproom will host a Celebrity Chef Beer Dinner hosted by Chef Plum in the Beer Hall to benefit WCK.

And the cause hits especially close to the home and heart of Boston Beer Company Chief Marketing Officer and her husband, Bo. Each of their parents were young children when they were displaced from Ukraine during World War II, reaching North America in 1950. Connecting with his family’s history, Bo has been transporting refugees thousands of miles from the Ukrainian border in Poland to local shelters, sponsor’s homes, and family already emigrated to other parts of Europe.

“When our brewers shared the Resolve collaboration concept from peers at 42 North and 2085 Breweries, we knew we had to get involved in a meaningful way,” said Lysyj. “Craft beer is a revolution and has always brought people together. As the resistance effort continues overseas and the U.S. welcomes hundreds of thousands of Ukrainians forced to flee their homes, Boston Beer Company is honored to share a taste of home by brewing the Resolve beer across our beer taprooms.”

“From Kyiv, our thanks to Boston Beer for supporting our fight for freedom and life. Resolve is our light to overcome darkness,” said Naz Drebot, Head Brewer, 2085 Brewery.

Boston Beer’s Resolve will be available at participating properties for a limited time, while supplies last. Follow each location to learn more about site-specific release details coast to coast:

You can also find Boston Beer’s take on the collaborative Resolve beer at New York’s iconic Veselka restaurant in the heart of the East Village.