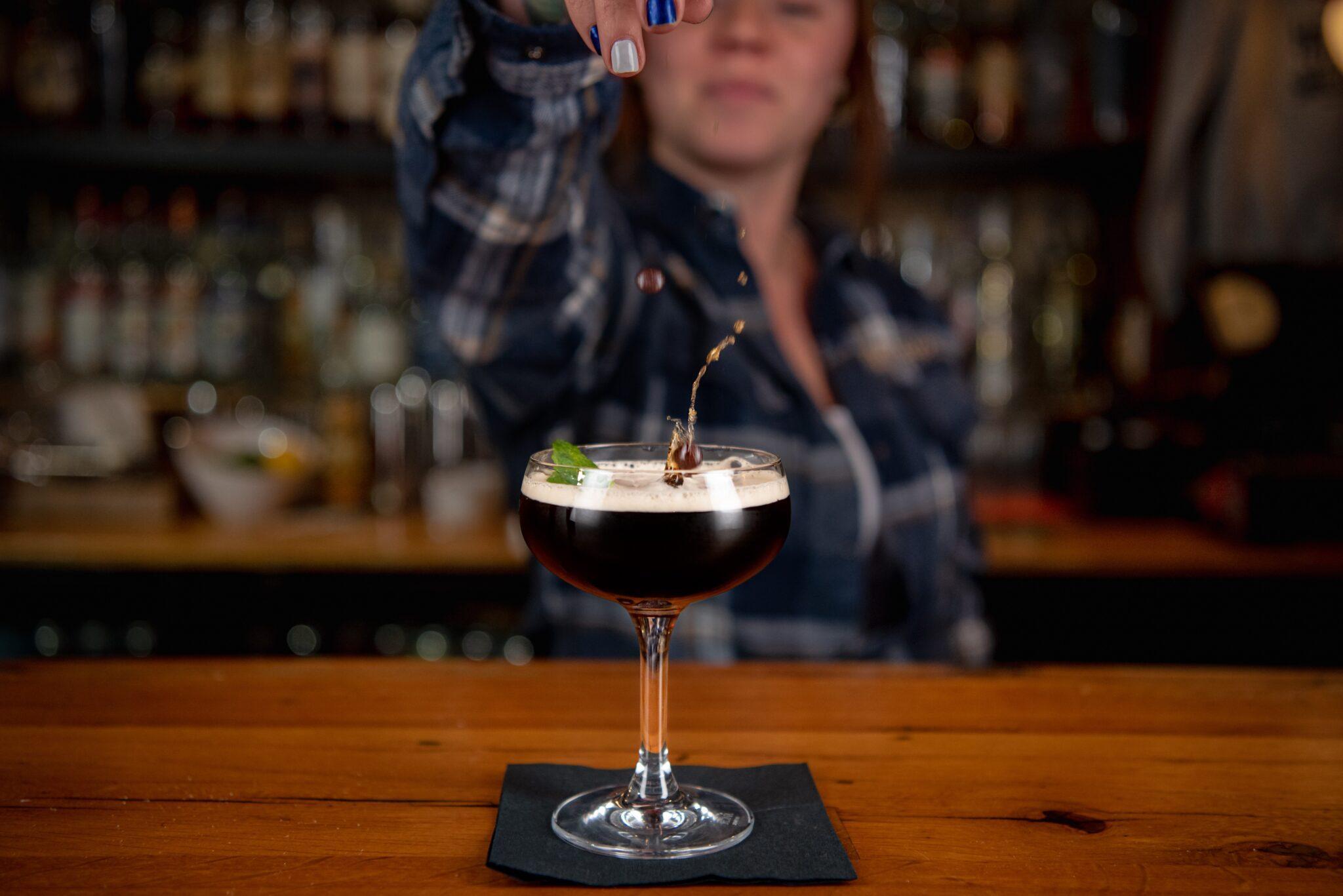 Henry Street Taproom, located in Saratoga Springs, NY, has been serving up a vast array of eclectic craft beers since they opened their doors in 2012. Fast approaching their 10 year anniversary, their taproom has earned the reputation of being much more than a “better beer bar”. From their home-cooked food and featured cocktails to their ever-evolving craft beer line-up, Henry Street Taproom has it going on!

Presenting a drink menu that headlines “Craft beer, killer cocktails, and fine wines”, consumers will find that Henry Street Taproom knocks all three categories out of the park!

With an ever-changing 16 beers/ciders on tap, serving the best craft beers and ciders from around the world, Henry Street Taproom displays a diverse line-up representing local favorites, regional hard-to-gets, and national powerhouses. Founder, Ryan McFadden expounds “Since we opened in 2012, our beer has been the star of the show. Every week, we go out of our way to ensure we’re giving our customers the best in the craft beer game. And our list is very carefully curated. We don’t just throw 15 IPAs on tap and call it a day. While we love IPAs, there are so many fun styles of beer out there, and we make sure they’re well represented on our beer board. We also want our customers to trust that any beer we put on the board is delicious and worth trying.”

Their evolving draft beer board is complimented by an equally wide-ranging offering of 12 and 16 ounce craft beer and cider cans. 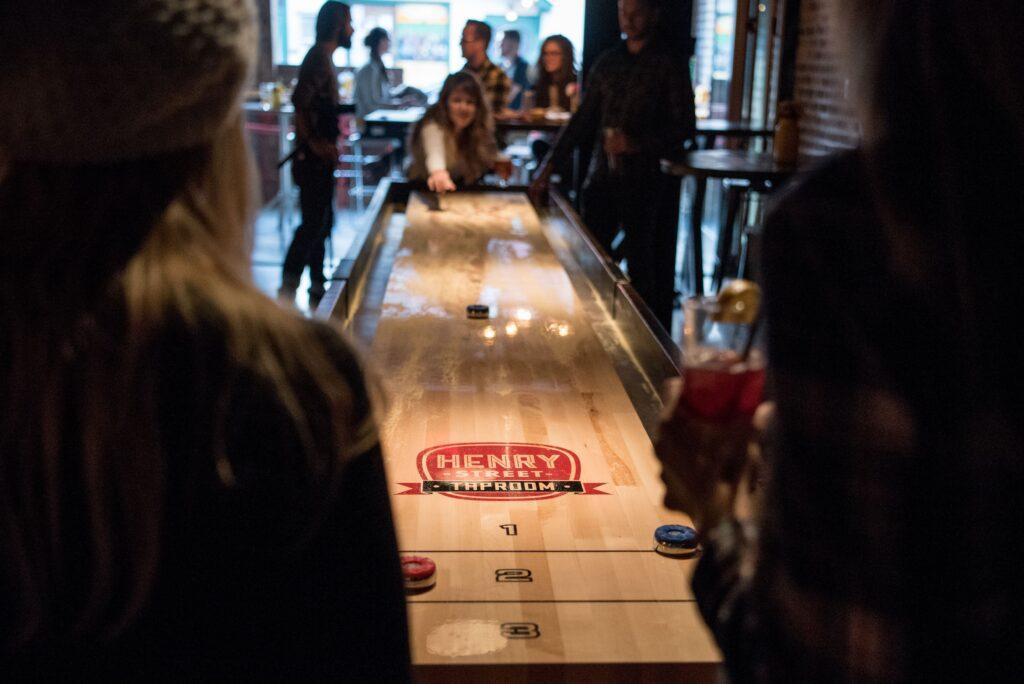 “Offering a superb cocktail list is part of being an outstanding bar and restaurant,” McFadden continues, “and it’s definitely something that we put a lot of effort into. While we nail the classics, we also have a lot of fun, creative drinks on our cocktail menu that we’re immensely proud of. Amidst our cozy vibe, you can never go wrong with our classic HST Manhattan or an Old Fashioned, but we’re excited for people to try our new winter cocktail list.  Our team has been working hard to put out some fun new stuff for our guests.

While earning their reputation as one of the Capital Region’s premier beer bars, Henry Street Taproom has emerged as the go-to place in Saratoga for a comfy atmosphere and great bite to eat as well. Just as their beer and cocktail menus draw from varied parts of the world, so do their Cheese and Charcuterie selections.  Offering varieties from as local as Cohoes to Euro-cheeses from Italy, Spain, France, and the Netherlands, the Taproom’s freshness and quality stand out. Their current cheese menu is focused on Vermont cheese offerings. 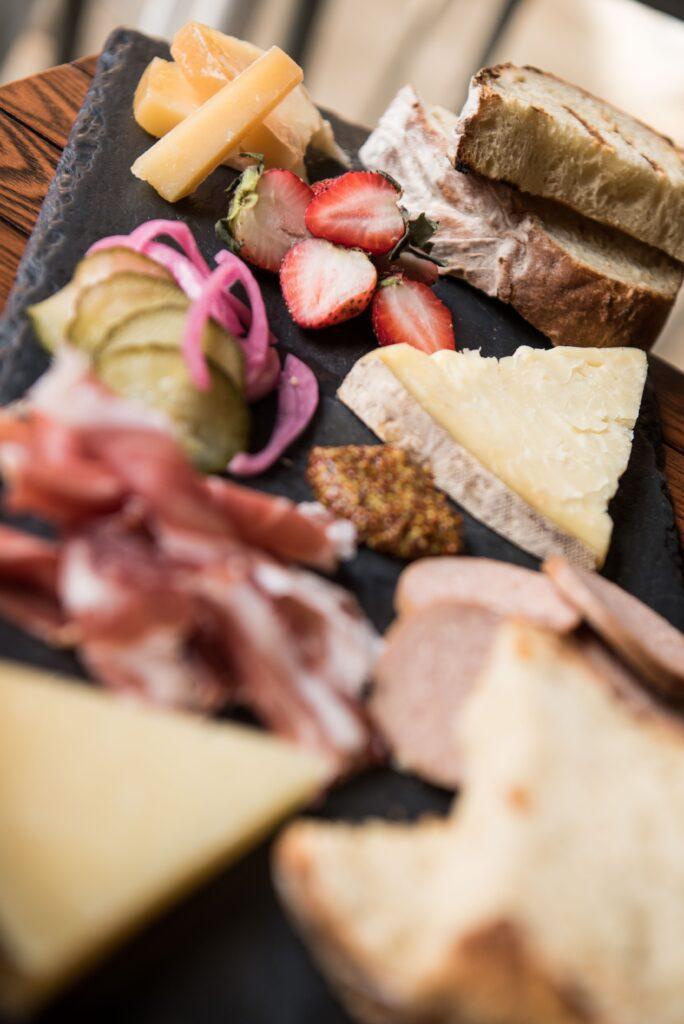 “One thing we’ve always prided ourselves on is our food,” McFadden continues. “We believe that you don’t need to be at a four-star restaurant to get a four-star meal. We make all of our bread from scratch, including our house sourdough (which is dangerously delicious).”

With offerings such as a Scotch Egg, Fish & Chips, or the Taproom Burger (to name a few), Henry Street Taproom nails the “pub classics”. Taproom signature dishes such as the Chicken Liver Pate, Crispy Braised Pork Belly, and Crispy Fried Tofu round out the regular menu. Additionally, their chef prepares weekly specials to keep the menu interesting.

McFadden reiterates, “Led by our Chef, Andy Palmisano, we make all of our food in house, and change our chalkboard specials weekly to give our guests something new to try whenever they come in. One thing you’re not getting at Henry Street Taproom is ordinary pub food; the food we put out is a big source of pride for us.”

Henry Street Taproom is located at 86 Henry St in Saratoga Springs, NY. Click here for store hours, menus, gift cards, or to get on their mailing list. Then, stop in and enjoy yourself! Cheers!