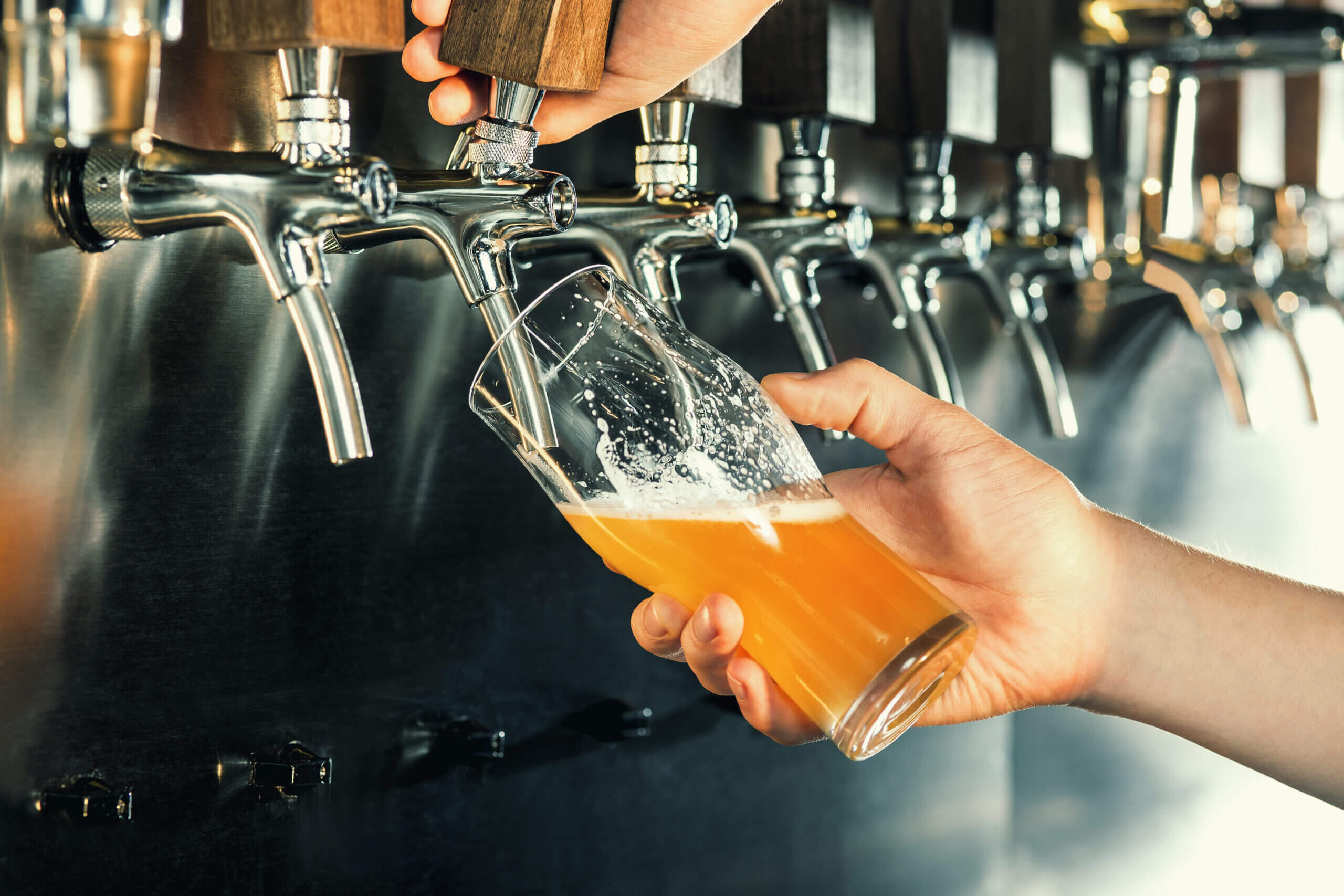 It’s happened to most of us. You stroll into a restaurant or tavern, cozy up to the bar, and order a draft beer. You’ve worked our butt off all day and can’t wait to take that first sip. The bartender serves up a sexy pint of suds. You raise your glass to your lips and then, right before the liquid hits your mouth, you can sense it. You can smell it. And then you do take a sip and you can taste it. It tastes like…like…like crap.  Well, it tastes more like a cross between sour butterscotch and movie theater popcorn, but you get the point. It tastes disgusting.

That smell/taste is called Diacetyl. And while small traces of those flavor attributes may add complexity to some styles of beer, such as English–style ales, they are mostly undesirable and undrinkable. Stressed yeast or poor fermentation techniques at the brewery can sometimes lead to Diacetyl but, more often than not, it is likely due to dirty draft lines at the bar where you are drinking that pint.

Another off flavor that you might come across when ordering a draft beer is called Lactobacillus/Pediococcus. These microbes may be welcome in the context of Berliner weisse or Lambic-style beers but, in most other contexts, these bacteria spew a vile brew composed most often of diacetyl, plus the sweaty odor of capryllic acid (and other organic acids which can be summed up as “goaty”), topped off with the yogurty tang of lactic acid. These beer spoiling bacteria may appear in draft beer due to poor keg cleaning but, it’s more likely due to dirty draft lines. Send it back!

A big challenge facing the craft beer industry today is that many draft beer retailers are uneducated on just what good looks like when it comes to servicing their draft system. Many of them do not realized that it is the Brewers Association’s standard to clean draft lines every two weeks using specific measurements of caustic solutions and rate of flow of the solution through the draft lines. The cleaning process is measured and tedious and, often, not done correctly. And sometimes, even when the cleaning process is done correctly, bar owners still elect to do it only once a month. This is cheap and negligent on their behalf and you should not stand for it!

Look at it this way, how would you like it if you found out that your favorite restaurant was skimping on detergents in their dishwasher just to save a few bucks? And they also turn the thermostat down on the water temp to keep costs down. They’re running their dishwasher with not enough soap and at a cooler temperature than is required to kill bacteria which could potentially make you sick. Your perfectly cooked steak comes out on a plate that has been run through the dishwasher, but still has some egg yolk or sauce still smeared across it. Would you eat that steak?  Doubtful. It’s time for us to get vigilant about clean draft lines.

Early in 2017, the New York State Brewers Association implemented the NYSBA Draft Quality Program. Essentially, this is a certification program which holds draft line cleaning companies to the highest standards, as defined by the Brewers Association, and rewards bars and restaurants that adhere to those standards. Now, draft line cleaning companies can put their employees through a rigorous test where they confirm the proper techniques of not just cleaning the draft lines, but also the couplers, faucets, and other components of the entire draft system. Once certified, that line cleaner works directly with bars and taverns to encourage them to clean their systems every two weeks. For establishments that are on board with the program, they are awarded with a lit Quality Seal to hang behind the bar confirming that they are a Certified Draft Beer Establishment. This seal has an area where the certified line cleaner writes in the date that the lines were properly cleaned. It’s great because this is right behind the bar for all of us to see. You KNOW that you are going to get a great beer. The bar/restaurant is also given a Quality Seal sticker to hang in their entry window and coasters that promote the program. For a complete listing of registered Draft Beer Certified establishments in the Capital Region, check out the NYSBA website, newyorkcraftbeer.com. It’s only fair to point out that there are likely other bars and restaurants that do adhere to proper standards, but may have not registered through the site. They probably should.

The challenge still exists to educate retailers on the importance of cleaning their lines every two weeks. It’s vital that these establishments look at beer as a food item…because it IS a food item! Beer consists of ingredients water, barely, wheat, oats, hops, spices, and yeast. It is literally food. And it should be treated as such. Bars and restaurants need to put the same urgency on cleaning their draft lines as they do with maintaining cleanliness across their kitchens and service areas. Many don’t. Sadly, MOST don’t. It’s time that we start the conversation and raise the standards.

A suggestion: the next time you are out for a beer, ask your bartender if they know when the last time that their draft lines were cleaned. They likely will not know. They should. If they don’t know, ask the manager. If they tell you that it was more than two weeks ago, ask them why. See what they say. We’ll let you take conversation from there…