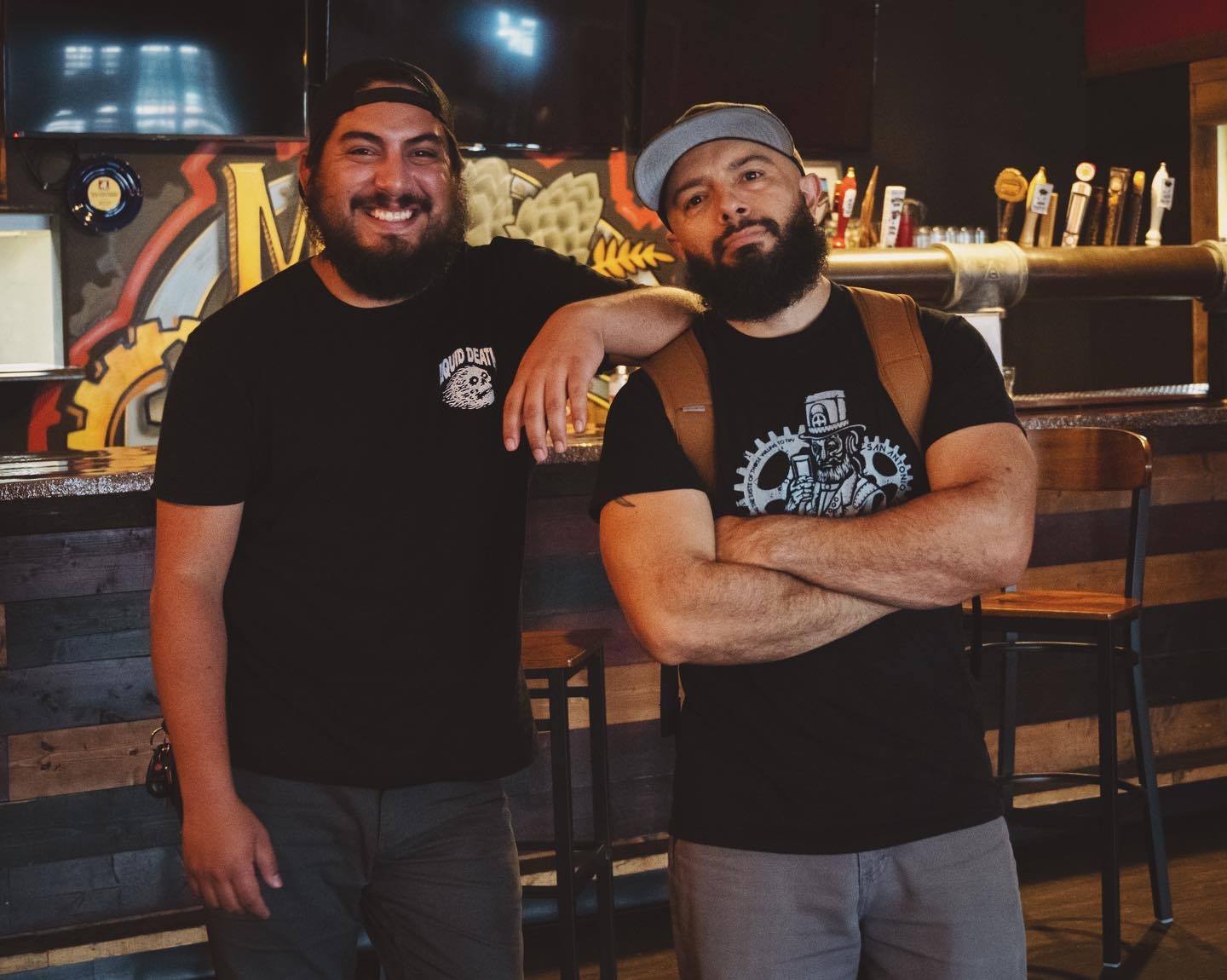 Mad Pecker Brewing Co’s story starts as a typical brewing origin story. A person gets a homebrewing kit from a friend, practices, and decides to open a brewery. Though this is indeed part of co-founder and brewer Jason Gonzales’ story, it is not all of it.

“When I was brewing at home, I had no intention of starting a brewery”, says Gonzales, whose brewpub is in a cozy little neighborhood on San Antonio’s Northwest side. “Mad Pecker was just the name I gave to my home brewery.”

The name ‘Mad Pecker’ came from an unlikely source says Gonzales, who runs Mad Pecker with his wife Erika. Gonzales had been jogging on a trail one afternoon and noticed something following him “While I was out on a trail run, I kept coming across a woodpecker” says Gonzales “As I progressed through the trails it kept flying to the next tree. I thought to myself, I must really be pissing-off this woodpecker.”

IT’S TIME TO OPEN A BREWERY

As time went on, Gonzales realized that he felt a true passion for the art behind the brewing process and he began showcasing his beers at places like the former Branchline Brewing Co, who hosted a ‘Homebrew Happy Hour’ once a month showcasing local homebrewers. “The reception of the beers was good,” says Gonzales “I thought we were on the right path now, and let’s start looking into opening a brewery.”

Gonzales and his wife purchased a one-barrel Ruby brewing system with a few fermenters. Though the plan was not a brewpub at first, that is exactly what they opened. Cashing in savings, credit cards, and the like, the Gonzales’ were able to open Mad Pecker in 2015 with no debt.

Mad Pecker typically keeps around four of their beers on tap, such as ‘Red Blazer IPA’ Red IPA (India Pale Ale) and ‘Your Boy Nelson’ an American IPA, as well as numerous guest taps. Though they have become known as the local ‘Haze Dealer’ in San Antonio, a phenomenon that Gonzales says resulted from a period when the only Mad Pecker beers on tap were hazy New England-Style IPAs like his ‘Triangulum’, ‘Cloud Burst’, and ‘Johnny Haze’.

Their food menu boasts an eclectic mix of traditional bar food such as fried mushrooms, pizzas, and wings, to more signature dishes like Messy Pecker Fries which includes brewer cheese, mac n cheese, sausage, and green onions. Having EMS standing by may not be a bad idea with this scrumptious menu.

With six years under their belt now and a pandemic to work around, Mad Pecker has had time to work out the kinks and see what works well for them. Not one to grow just because they can, Jason Gonzales takes a more organic approach to Mad Pecker Brewing. Realizing their challenges in keeping up with the demand of their beers, Mad Pecker has recently purchased a 3.5-barrel brewhouse from Forgeworks in Colorado. Gonzales expects to have this installed and brewing by year’s end.

Increased production will allow Mad Pecker to not only keep up with the demand of their beers, with the possibility of a very limited amount of local distribution. Gonzales was looking for space to open a second location with the new system. “We had actually put some lease offers down on a few places,” says Gonzales “The problem was that the places we were looking at were going to cost too much. We decided to just take care of our backyard.”

Located at 6025 Tezel Rd in San Antonio, Mad Pecker is open Weekdays Monday thru Thursday 4 PM to 10 PM, Friday and Saturday noon to 11 PM, and Sunday’s noon to 10 PM.