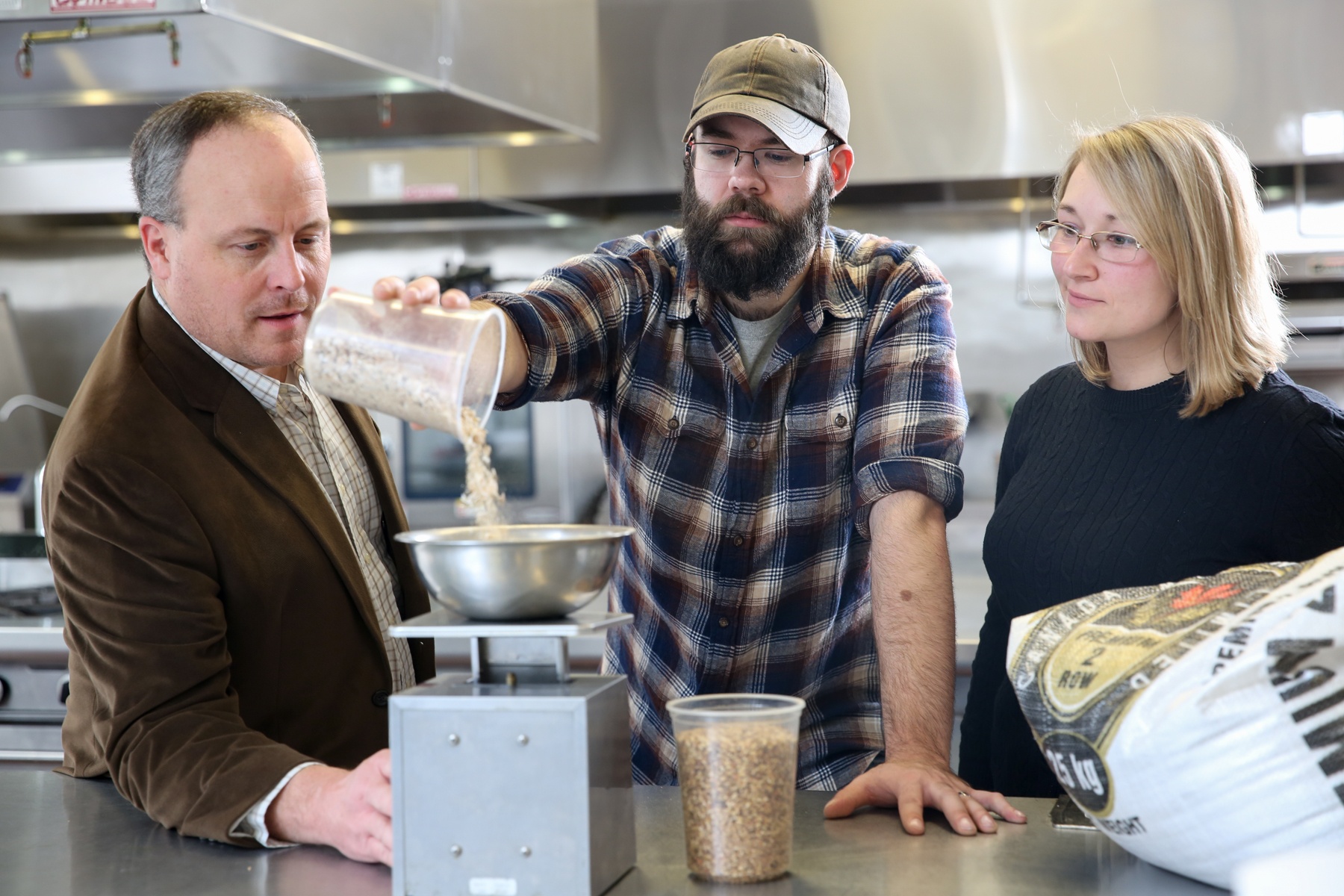 True to the spirit of a community college, Schenectady County Community College responded to potential students’ interests and industry demand when it added a Craft Beer Brewing program to its School of Hotel, Culinary Arts and Tourism offerings five years ago.

Now in its sixth year, the program has graduated 40 students in their certificate and Associate of Applied Science programs, helping to meet the workforce needs of the nation’s ever-growing craft brewery industry.

“With the rise and soon-to-be prominence of craft beverages, we realized there was an interest in that skill set,” said Jay Larkin, associate professor in SCCC’s School of Hotel, Culinary Arts and Tourism. Larkin, an alum of the college who went on to earn a bachelor’s degree in Hotel and Restaurant Management from Purdue University, authored the school’s programs, which the college launched in 2015.

“Around the time that we developed these programs, we had quite a few breweries in the area,” Larkin said. “They couldn’t find new and interesting talent. It was like a mad shuffle of talent around the industry,” he said, noting that the shortage of skilled brewers had breweries poaching each other’s employees.

The college’s programs are designed to meet the desires of any student, whether he or she is looking to complete 64 credits for an associate degree, earn a certificate in craft brewing for 32 credits, or is interested in simply taking a few classes to learn more about beer and brewing. “It’s really a program that is not defined by making you complete a certificate or associate degree,” Larkin said. “It is about a student’s journey.”

THE PROGRAM IS WELL-ROUNDED, WITH A COMBINATION OF THEORETICAL AS WELL AS HANDS-ON INSTRUCTION

The Craft Beer Brewing program works hand in hand with a workforce development program that the college also developed, Larkin said. The school offers a four-month brewing boot camp for those who want to learn the process of brewing; for students who wanted to expand their knowledge of the industry beyond the brewing process to include areas like sales and marketing, merchandising, taproom operations, event management, human resources, and cost control, there is the associate degree program.

The program has one full-time and four part-time professors, including Larkin, who teaches the bulk of the lecture courses. The part-time instructors work in the craft beer industry. The program is well-rounded, with a combination of theoretical as well as hands-on instruction. This school year, the beverage coursework will be held at Mill Lane, Frog Alley Brewing Company’s production facility, located just a block from SCCC’s campus. “We have instant access to the visual support or backup of any point of the process. The equipment utilized is right there for us to see and talk about,” Larkin said.

Having instructors who work in the industry provides big benefits for students. “What stands out to me is that the instructors for some of the brewing-specific classes are extremely knowledgeable and good at teaching people,” said James Hanley, a Clifton Park native who graduated in May 2018 with an A.A.S in Craft Beer Brewing. “The people that I was taught by had many years of experience and a wealth of knowledge to share.”

Students in the degree program complete a 135-hour internship with a brewery, where they are part of the brewing process, as well as learning the other aspects of running a brewery. For example, Verena Paparoto, an international student from Brazil, interned with Rare Form Brewing Company in Troy. “It was such a good experience,” she said. “It was hands on—everything from cleaning kegs to cleaning the draft lines, learning how to do it properly because cleaning is such an important part of the process.” She gained experience in brewing in addition to cellar work.

Paparoto had been working in logistics for a macro brewery in Brazil, but with an interest in microbiology, she wanted to work on the fermentation side. Since there are not many microbreweries in Brazil (they often get bought out by larger corporations, she said), Paparoto was excited to find a craft beer brewing program in the Capital District where her mother lives. “The craft beer scene there is great,” said Paparoto, who has worked as a brewer for Terrapin Brewing Company in Athens, Georgia since May. “That goes along very well with us having a brewing school in Schenectady.”

ONE GRADUATE IS NOW A BREWER AT DOGFISH HEAD BREWERY

The internship proved to be highly valuable for Hanley also. “The program helped me by not only allowing me a formal brewing education to kind of set myself apart a little bit, but it also helped get my foot in the door with the internship I did at Rare Form Brewing in Troy,” Hanley said. “It put me in contact with industry folks and really helped me get my foot in the door and start my career.” Hanley worked for Old House Brewing in Culpepper, Virginia before starting as a brewer at Dogfish Head Brewery in Milton, Delaware in September of this year.

Paparoto believes that having the Craft Beer Brewing program as part of the School of Hotel, Culinary Arts and Tourism provides a big benefit for students. She cites the cost control class as an example. “You learn how to see if it’s viable for you to make a beer that might have a lot of different kinds of specialty malts—if it’s going to be too costly and if the customer is going to pay that price for a beer,” she said.

Larkin and his colleagues have made a few tweaks to the program. For example, instead of starting students, some of whom may never have brewed before, with a complete industry overview, including information about equipment, site selection, and dealing with local government, the program now begins with a fundamental brewing class and the overview class has been moved to the end of the program. “We want to be nimble and be responsive to what the industry is looking for as well as the needs of students,” Larkin said.

Larkin stresses that the Craft Beer Brewing Program is also for those who just want to learn a little more about beer in general. For example, the “Beers of the World” course, which is basically a flavor tasting sensory class, helping students get a feel for the nuances between flavors, compares styles from different parts of the world and explores beer and food pairings. He also cites a component of lifelong learner types who go through the Craft Beer program and then on to the Craft Spirit Distilling program.

He takes a personal approach with his students by learning what they want to do and helping them determine the program that is the best fit for them. The school schedules the majority of classes in the evenings to accommodate students who work full-time.

SCCC’s next step is to let potential students know about the program. “We want to get the word out locally, regionally, nationally, and ultimately worldwide for those that want to be a part of something that is really expansive, collaborative, and awesome,” Larkin said.

Two months prior to the beginning of every semester, Larkin holds half-hour virtual information sessions about the program. Typically, these take place in mid- to late November, January, and August.