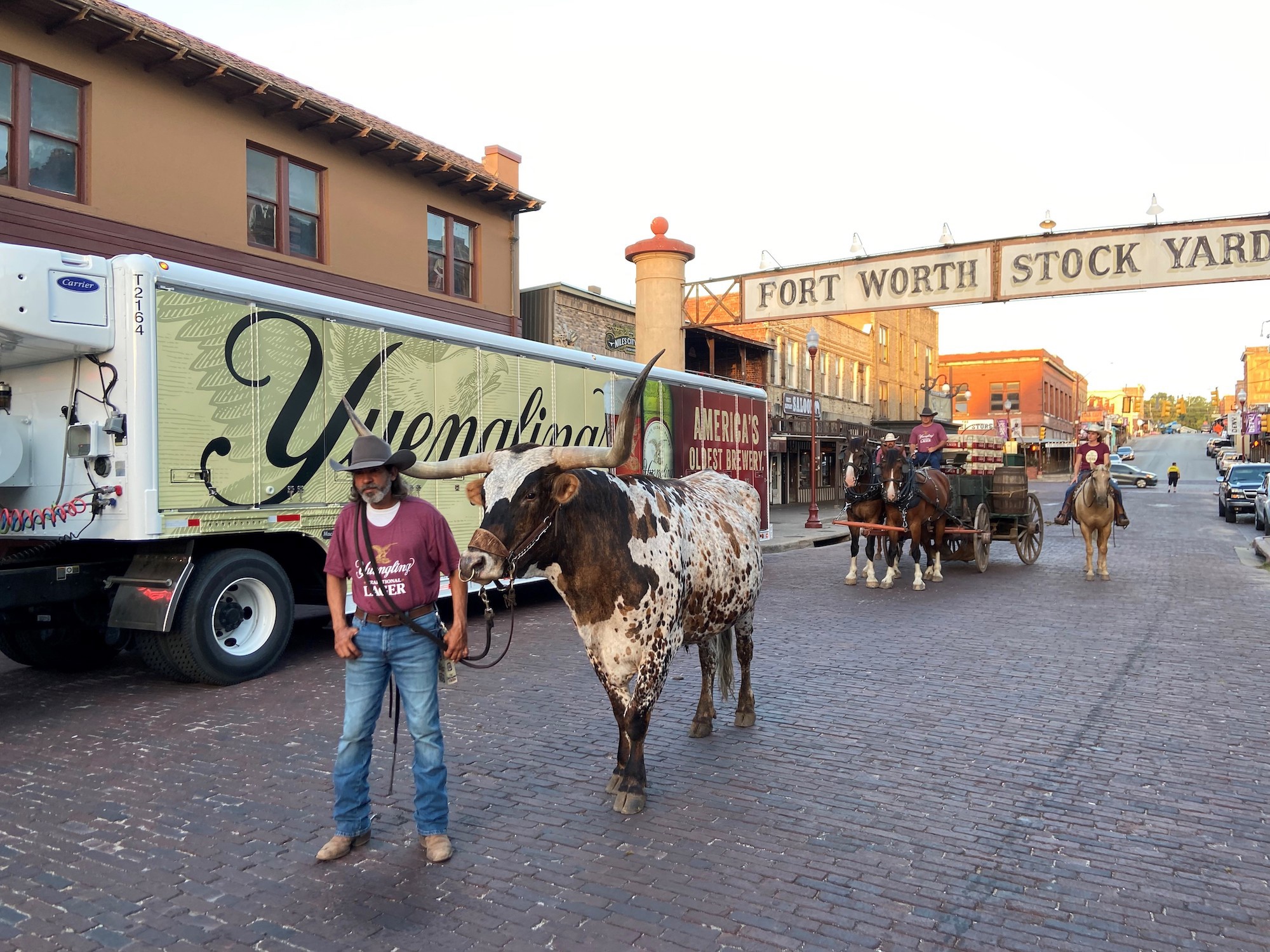 POTTSVILLE, PA – The Yuengling Company announced that the brand’s flagship beers are officially available across the state of Texas.

Millions of beer fans in Texas will now have their pick from a selection of Yuengling’s renowned beers, including the iconic Yuengling® Traditional LAGER, Light Lager 99, Golden Pilsner, and FLIGHT by Yuengling, the Next Generation of Light BeerTM. The diversified portfolio spanning its flagship beer, best-in-class light amber lager, modern pilsner, and upscale light beer with 2.6 carbs and 95 calories will offer consumers of all tastes and lifestyles Yuengling’s distinct flavor and unparalleled craftsmanship.

“It’s an important day for our brewery as we take this large first step in our Westward expansion,” said Wendy Yuengling, Chief Administrative Officer and 6th generation family member, D.G. Yuengling & Son, Inc. “On behalf of our entire Yuengling family, we are humbled by the opportunity to bring the goods to the Lone Star State.  The passion these fans have shown for our beer and our brand brings into perspective the nearly 200-years of hard work and perseverance that have brought us to this point in our company’s history.  We continue to be inspired by our fans and past generations to brew the best beer possible and look forward to continuing to do so in this amazing state.”

Today’s milestone rollout officially makes Texas the first state in The Yuengling Company joint venture of D.G. Yuengling & Son, Inc., and the Molson Coors Beverage Company to increase Yuengling’s reach outside beyond its current 22-state East Coast footprint. In honor of the brand’s launch in the Lone Star state, Yuengling will be making special deliveries today at iconic destinations across Texas including the San Antonio River Walk and Fort Worth Stockyards. Fans can be on the lookout for these quintessentially Texas deliveries and the experiential Yuengling ‘Bring the Goods’ Texas mobile sampling activation as they anxiously seek an opportunity to get their first sips from America’s Oldest Brewery.

These deliveries speak to the brand’s desire to connect with their fans around their passion points, like their love of the great state of Texas.

“This is a very exciting time for Molson Coors and Yuengling, as we see this tremendous growth opportunity for our businesses come to fruition with product on shelves,” said Gavin Hattersley, CEO of Molson Coors Beverage Company. “We’re looking forward to making a lot of beer drinkers throughout the state Texas very happy as they can now get their hands on another one of the nation’s most beloved and iconic beers.”

The Yuengling Company and Molson Coors have worked tirelessly to ensure Yuengling’s family’s recipes and tradition of brewing excellence for the past 192 years will be matched as they brew Yuengling locally in Fort Worth.

“We’re excited to see how the country’s largest beer market adds to Yuengling’s growth trajectory over the coming months and years,” said Pat Pikunas, General Manager, The Yuengling Company. “Now that we’ve officially launched in Texas, we’re excited to be able to finally bring the goods to our passionate fans and give Texans the highest quality beer drinking experience.”

The Yuengling Company will oversee future expansion into other western markets outside of Yuengling’s existing 22-state Eastern footprint.